Bidmead Cook & Fry-Thomas, estate agents in Brynmawr, is prominently situated on the busy main shopping street within this market town which itself is know as the highest town in south east Wales at the top of the glorious welsh valleys. The Brecon Beacons National Park is just a couple of miles from the town and is designated an area of outstanding natural beauty.

Director Jeanne Fry-Thomas oversees both this office and its sister office in Ebbw Vale although the day to day operations at Brynmawr are run by the branch manager, Melissa Price. The two offices at Brynmawr and Ebbw Vale offer unsurpassed coverage of this delightful area and from Ebbw Vale hourly trains run to Cardiff Central.

Melissa and her team of estate agents in Brynmawr have managed the Brynmawr office to high levels of success and offer a personal service delighting in ensuring customers achieve their property needs.

The Brynmawr office complements its estate agency in Brynmawr with a dedicated lettings department offering a wide range of properties to let in the Brynmawr area.

The Brynmawr branch is located directly in the heart of its busy town centre. The neighbouring town of Ebbw Vale is approximately a 2 mile drive away, where there is a rail link direct to Cardiff City Centre. Its convenient location offers easy commuting routes to Merthyr Tydfil, Abergavenny and the Brecon Beacons via the Heads of the Valleys Road and both Cardiff and Newport are approximately a 30 minute drive away.

Sitting on Brynmawr’s doorstep is the beautiful Clydach Gorge which is renowned for its breathtaking views and picturesque surroundings, making this spot an idyllic place for walkers and cyclists. Brynmawr town centre benefits from a range of shops, banks, schools, Cinema, leisure facilities and further benefits from the Lakeside Retail Park where there are further shops and a supermarket.

Rich in history, Brynmawr lies on the northern fringe of the south Wales coalfield in what was formerly Breconshire, and was one of many communities that was irrevocably transformed in the 19th century by the region's iron and coal industries. Similarly to other industrial communities in south Wales, Brynmawr experienced periods of prosperity and hardship as the region's fortunes fluctuated with the price of iron and coal. However, Brynmawr have made a remarkable recovery from those difficult times, and today its residents take great pride in the town's recent accomplishments. These include Brynmawr District Museum on Market Street, a valuable archive that pays tribute to Brynmawr's past. 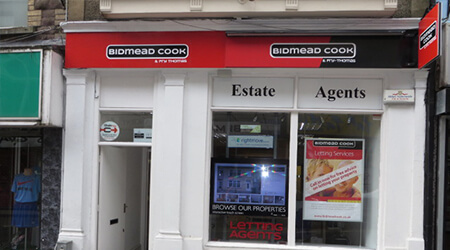