The Royal Forest of Dean has the prestigious title of being classed as an area of outstanding natural beauty and our branch in the town offers a varied mix of property including some exceptional country cottages.

Kirsten Meek manages this office bringing with her a wealth of local knowledge and experience in the local property market within which she has worked for many years.

Kirsten and her experienced team of estate agents in Cinderford are highly motivated and enthusiastically match a wide range of properties with potential buyers/tenants within the area, offering a personal service often recommended by satisfied customers.

Originally named Synderford derived ‘from the ford over the river’, the town originated from a tiny hamlet in the 1700’s. By the early 1800’s Cinderford had established itself as a thriving mining town with good railway links.

Over the years the town grew in size and population with new roads centred around the triangle, and the people of the town were well catered for with shops, pubs and local businesses established including The Palace Cinema. Many properties built at this time still stand forming the roads centring The Triangle such as High Street, Belle Vue Road, Victoria Street and Church Road.

In the 1960’s when the demand for coal was greatly reduced the town and local area suffered a depression reinventing itself in later years as the industrial capital of the forest with many new businesses moving in and the redevelopment of the former railway line into Forest Vale Industrial Estate.

In more recent years the Forest Of Dean, Cinderford and the surrounding villages and woodland have become a popular tourist area with visitors and residents alike taking advantage of the many acres of beautiful woodland walks and cycle tracks where the Wild Boar and Deer may be spotted.

Local industry, tourism, along with good road and motorway links have insured a steady rising demand in property in the area along with second homes and rural retreats becoming more popular with people wanting to escape from the hustle and bustle of modern day living. As for the future of Cinderford since 2005 the local plan review stated that provision had been made for 585 new dwellings in the town which is evident from the new development at St Whites and proposed new housing in Station Street and Valley Road, regeneration of the town centre is also proposed along with traffic management and improved parking facilities. Altogether the future looks bright for Cinderford. 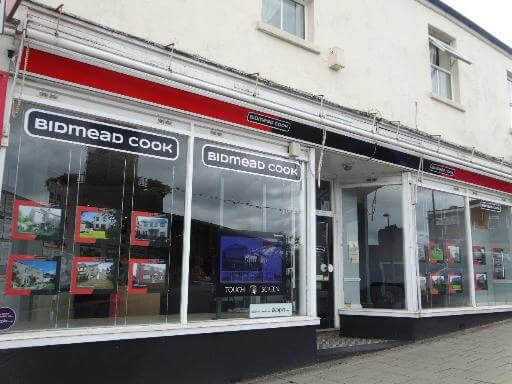