Bidmead Cook & Fry-Thomas, estate agents in Ebbw Vale, is situated in the heart of town with generous window displays overlooking ‘the crossing’ in the middle of the retail centre.

Ebbw Vale, a former steel making town has seen, and continues to see, a huge amount of regeneration including significant investment in the former steel works. The town is sat at the top of the glorious welsh valleys and abounds the Brecon Beacons National Park with the local railway station running a service hourly to Cardiff central.

Director Jeanne Fry-Thomas oversees both this office and its sister office a few miles way in Brynmawr enabling a thorough coverage across this area of the welsh valleys.

Jeanne has successfully operated as an estate agent in Ebbw Vale for many years and brings a wealth of knowledge and expertise to the office.

Jeanne and her highly motivated staff of estate agents in Ebbw vale have put a vast amount of effort into making the office successful and provide an efficient service with a high level of focus on satisfying the customers needs.

Ebbw Vale is the county town of Blaenau Gwent. Blaenau Gwent is the smallest of all the Welsh local authorities, at about 10,900 hectares and a population of approximately 30,000. It also has the highest percentage of Welsh inhabitants. The county, which was once blighted by the scars and remains of it long industrial heritage has, over the last 25 years, been reclaimed and landscaped, and now provides a very green and pleasant environment in which to live.

The county has a proud history of producing leading political and an innovative men and women, Aneurin Bevan, architect of the NHS was born in Blaenau Gwent and represented Ebbw Vale in Parliament. His successor as MP for the area, Michael Foot MP, said Ebbw Vale was, '...a name known all over the world - thanks to steel, Aneurin Bevan and to the individuality of its people and history.' The site of the steel works, which unfortunately closed in 2002, is now being regenerated with the provision of a new sixth form college, alternative energy plant, theatre, new primary and junior school and of course the first hospital to be built with individual en-suite accommodation, a major progression in health care. The hospital is named after Aneurin Bevan.

Part of the land that used to be occupied by the Ebbw Vale steelworks was landscaped to house the 1992 Garden Festival of Wales. The site is now a successful retail park with landscaped walks, owl sanctuary, and children’s adventure park with tube rides, wooden forts, rope bridges and zip wires.

The town centre has a range of shops, banks and a very popular weekly street market, where you can buy food, green grocery, hardware and fashion wear.

The northern end of the town abounds the Brecon Beacons National Park, an area of outstanding natural beauty.

Road links are good via the A465 head of the valleys road, which is being upgraded and provides direct access to the Western Industrial valleys and the market towns of Monmouthshire. The passenger rail line runs hourly to Cardiff central.

Ebbw Vale is one of the five new enterprise zones in Wales, set up to provide support, grants and tax incentives to firms who establish new businesses in the area. The motto of Ebbw Vale is, ‘A better place to live and work’. 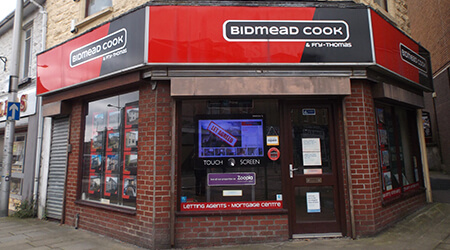