The Ross-on-Wye branch offers a wide range of properties within the town and also offers properties to buy and rent in the many lovely rural villages of Herefordshire, Monmouthshire and Gloucestershire countryside.

The manager, Angela Davey has many years experience in estate agency and with the help of her hand picked team of highly motivated colleagues has a high success rate in matching customers to their desired property whether they are buying or renting.

Bidmead Cook, estate agents in Ross-on-Wye, are local agents for the Principality Building society and also offer a range of financial products and services within their branch. Click here

Ross-on-Wye is an attractive historic market town sitting high on a sandstone cliff with panoramic views overlooking the River Wye and is situated in the heart of rural Herefordshire and in the picturesque Wye Valley, it has become a popular destination for tourists.

Ross has a long and varied history and first appears in records of 1016 and has a 13th century church which is the town’s most prominent landmark. Tudor timbered houses are clustered around the striking 17th Century Market Hall where the twice-weekly markets are still held.

It has good communication links, lying off the A40/M50 which gives access to South Wales and The Midlands. Hereford, Gloucester and Monmouth are also accessible via the A49 or A40 together with recreational and leisure pursuits being found both at the Forest of Dean and Symonds Yat. Inter City train links are also available at Hereford, Ledbury or Gloucester.

The town has its own indoor leisure pool and various sport clubs and facilities associated with football, rugby, tennis, cricket, golf, rowing and hockey.

In recent years the town has undergone major improvements including the paving of the town centre, the introduction of a one way system and with its improved amenities, the town has been revitalised. It now boasts its own theatre and cottage hospital and is known for its independent shops and picturesque streets. 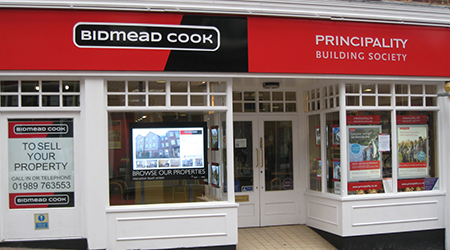